Gowanlea Heights is a Visit Scotland Four Star Bed and Breakfast in Campbeltown. It’s ideally located for the golf courses of Machrihanish Pro, Machrihanish Dunes, Dunaverty, Carradale and Tarbert, and only a short island hop away to the Gigha course. It’s within easy reach of the Mitchell’s Glengyle (Kilkerran), Springbank, Glen Scotia and Beinn an Tuirc (Kintyre Gin) distilleries too. With many original Victorian features, you can experience the style of yesteryear and have modern conveniences such as streaming video services with thousands of films and shows, fast Wi-Fi, a free EV charge point and an AI assistant in each room.

You can book directly and securely with us here, or use a service like Booking.com. Check out our website prices and site exclusive offers for the best deal.

When should you visit?

The answer is, any time! The main season is between May and September when everything is open, and due to the proximity to the Gulf Stream you'll enjoy very mild and warm weather. Even in the off-season, the shops, distilleries and golf courses are open, the weather is milder than many think, and the scenery can be dramatic! 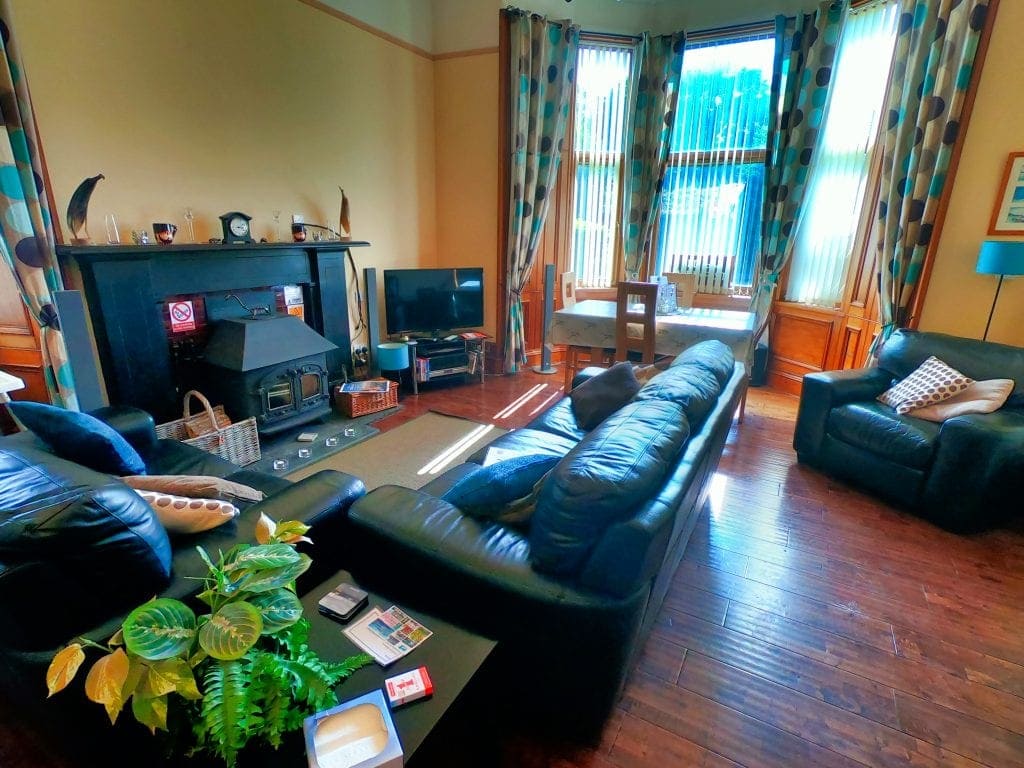 Why stay with us?

This spacious, four star bed and breakfast offers terrific value in Campbeltown town centre for your group of one to four people.

With years of experience in hospitality and catering we enjoy providing you with excellent service and great quality accommodation at Gowanlea, where the suite is exclusively yours.

Independently assessed and monitored, we’re proud to be a member of Scotland’s Best B&B’s and of our Visit Scotland Four Star grading, where we’re continually working to provide you the assurance of a good Stay In Kintyre.

Previous
Next
Own private suite with bathroom and lounge

Only you stay here

This smart, comfortable, well equipped, ground-floor suite of rooms, with your own private bathroom and your own lounge is exclusively yours!
Availability, booking and details

The lounge features Sky TV and all rooms have TV’s with Netflix  our own extensive PLEX media service so you can watch thousands of streaming movies and shows.

You also have an Amazon Alexa, tea and coffee making facilities, fridge, freezer, and microwave to name just a few extra items. All in all, whether travelling alone or in a group, the rooms and the facilities are of excellent specification and value.

This 1870 Victorian house was granted by His Grace George Campbell, 8th Duke of Argyll, to his loyal servant Duncan Ferguson. Mr Ferguson was Procurator for His Grace until he passed in 1881. It remained in Mr Ferguson's family for a couple of decades and later went into contemporary private ownership. 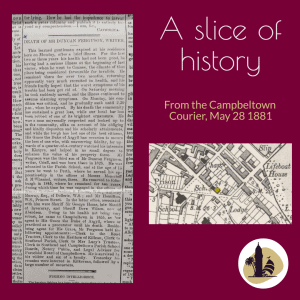 We have incredibly high standards of cleanliness and unobtrusive UV-C air purifying ensuring your stay is as safe and as comfortable as it can be.

Starting the moment you book, we provide guide information. Let us be your concierge, so feel free to ask that question or make that request! We're happy to help.

We have plenty of kids movies to choose from, free Wi-Fi for the older ones, and for the smaller ones we have cots, high chairs, baby baths and baby monitors available on request.

Can't decide? Have a question? Just want to stay in touch?